Another UFC Fight Night event will take place on Sunday, July 16 at the UBS Arena in Elmont, New York, featuring a fight between top featherweight contenders Bryan Ortega and Yair Rodriguez. In the announcement we will talk about this and other fights of the event. All the fights will be available in excellent quality for free on promo-ufc.ru! 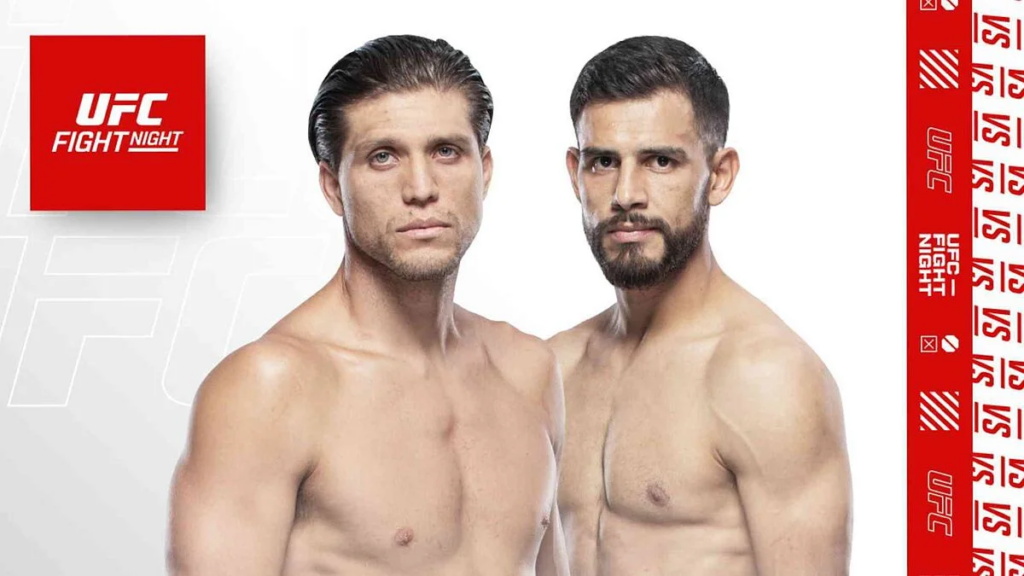 In the main event of the night, MMA fans will see two friends and rivals face off in the featherweight division: the #2 ranked American Brian Ortega (15-2) vs. the #3 ranked Mexican Yair Rodriguez (14-3).

The perennial absentee featherweight contenders will finally meet in a head-to-head encounter, which experts and fans alike predict will be the highlight of Sunday morning’s festivities. And will determine a possible opponent for champion Volkanovski, who soundly defeated Holloway at UFC 276 in a title fight.

Ortega returns to action after a tough loss to the same Volkanowski in 2021 at UFC 266 by unanimous decision of the judges. It was the second title defense for Ortega, but as with Holloway, Brian failed to take the featherweight title.  The 31-year-old American in his fight with Volkanovski tried several times to end things with a sub-sub, but the champion Alexander managed to get out and defend the title with confidence. However, Ortega is still a major force in the division and will once again fight for the title fight.

Rodriguez has yet to have a title fight in his career, July 17 will be his first real chance at one, the last time the chance was missed in a fight against Holloway at UFC Fight Night 2021 – again 25 minutes and a unanimous decision in Max’s favour. The 29-year-old Mexican fighter has become more experienced and dangerous over time, while still maintaining his flamboyant fighting style. He has just two losses in the UFC, to Holloway and Frankie Edgar at UFC 211 in 2017. Rodriguez is known for striking victories over Korean Zombie (elbow knockout) and PJ Penn (technical knockout).

Both fighters share not only friendship but also doping scandals. Ortega made his Octagon debut in 2014, even winning by choke, but failed a doping test afterwards: they found drostanolone in his sample. A nine-month suspension and a fine made Ortega’s promotional debut. Rodriguez’s doping history is more recent: in 2020 he evaded doping officers three times and received a six-month ban.

The pair must have an entertaining fight and prove their ambitions for the featherweight title. The fight between number two and number three should not be dull! Yes, Rodriguez has stated that he didn’t want to fight his mate to the last minute, but the title claim is much more important. 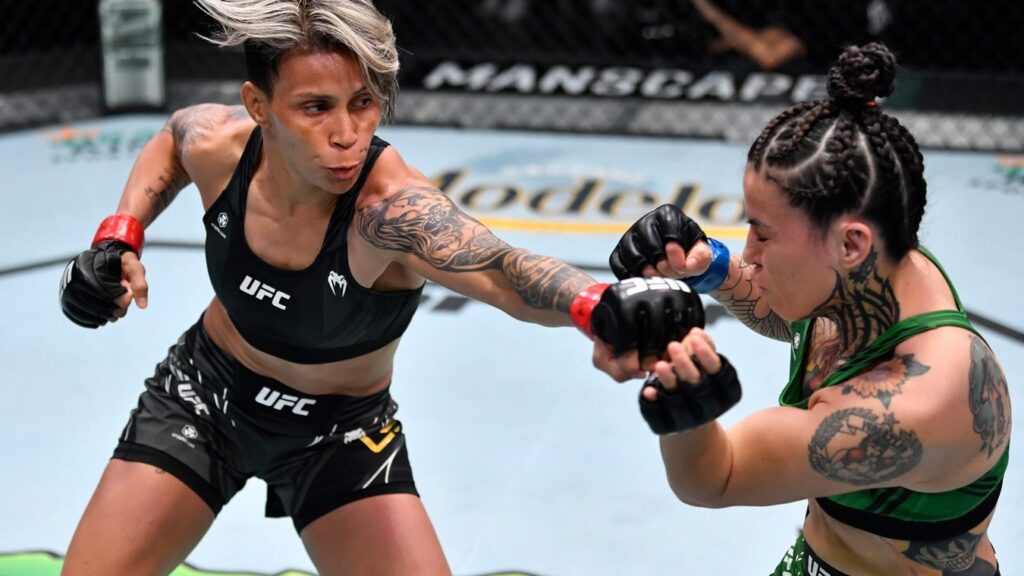 Michelle Waterson and Amanda Lemos will face off in the penultimate fight of UFC Fight Night in Elmont. Both veterans are ranked #10 and #11 in the women’s lightweight division, with 36-year-old American Waterson (18-9) and 35-year-old Brazilian Lemos (11-2) trying to prove they should stay at the top of the promotion despite age and results.

Waterson last fought in the 2021 octagon, losing by unanimous decision to one of the division’s most promising strikers, Marina Rodrigues. The 2022 fight against Amanda Ribas was supposed to take place, but due to Michelle’s injury the fight did not take place. Now, after almost a year off, Waterson will once again try to prove herself despite controversial results. The former Invicta FC champion has been making waves in her UFC career, with a win over VanZant in her debut remaining her only serious result. Namajunas, Jędrzejczyk and Esparza Waterson have been unable to counter anything.

Brazilian Amanda Lemos is doing much better despite her latest defeat to former champion Jessica Andradey. That sub (triangle) defeat in the first 3 minutes of the fight broke Lemos’ streak of five straight wins in the promotion. But the problem is that Lemos simply has not had any fights against strong contenders from the top 10 of the lightest and lightest divisions. The most notable opponent was Angela Hill: #13 in the lightweight division.

Both ladies are still fairly high up in the talent-rich lightweight division, but they will have to work hard to get more status fights in the promotion in the coming year. Both fighters are over 35, perhaps this fight at UFC Fight Night will be their last chance to assert themselves fully. The co-main event of the event is not a bad opportunity to show Dana White in all his glory. 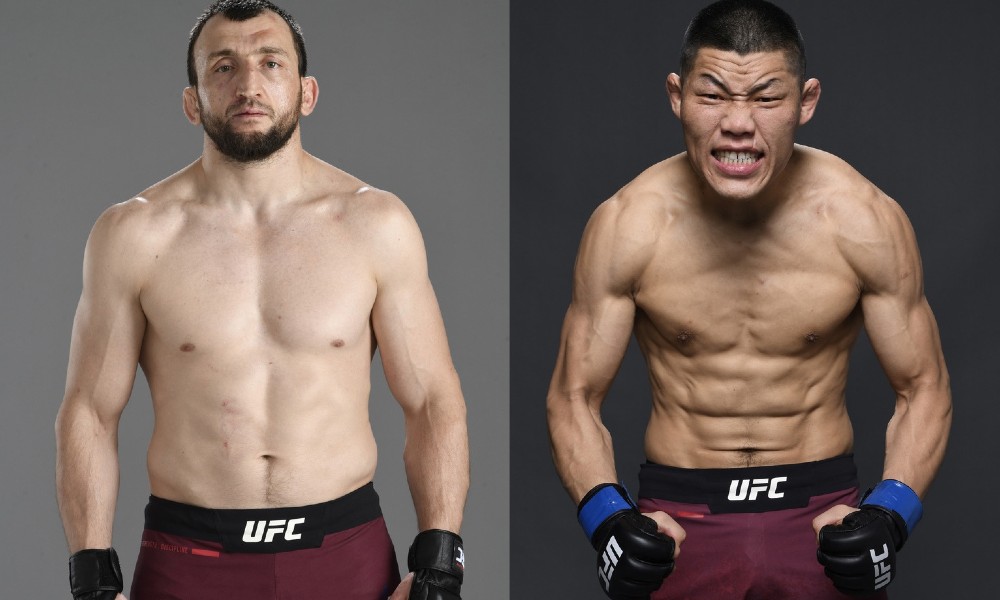 The central welterweight bout will be of interest to Russian MMA fans. It will feature fighters from outside the top 10 division, veterans with plenty of experience: 38-year-old Russian Muslim Salikhov (18-2) and 35-year-old Chinese Li Jingliang (18-7).

Multiple Russian and European wushu champion Muslim Salikhov is a dark horse welterweight. The experienced champion is little known to the general MMA community, but since his promotional debut loss to Alex Garcia in 2017, Salihov has not lost again in the UFC: 5 straight victories! His most recent fight was a win over veteran Francisco Trinaldo last June at UFC Fight Night 189.

The 38-year-old “King of Kung Fu” intends to continue his winning streak and make it into the division’s top 10. But his past opponents have not included top fighters, the Chinese will be the first real test of an experienced wushu master in the promotion.

Li Jingliang is desperately clinging to the top 15 of the division, currently ranked 14th. He is known to Russian martial arts fans by his last defeat to Hamzat Chimaev last October at UFC 267. The Chinese lost by submission in the 4th minute of the first round, Hamzat was the top 3 welterweight after that win. Li Jingliang is considered a very striking fighter – of his last 7 fights, 5 have been recognised as ‘performance of the night’ or ‘fight of the night’, he made his UFC debut back in 2014 with a win over David Michaud.

Before losing to Chimaev, the 34-year-old Chinese fighter knocked out Santiago Ponzinibbio in the first round and proved he could still compete at a serious level. Li Jingliang has not had a truly top fight in his career apart from the last one, a win over Salikhov could give the fighter a new chance at a top bout. 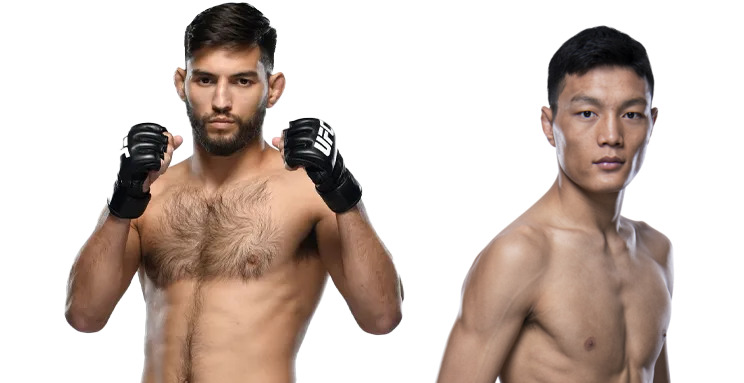 Schnell’s career has not been looking good lately, with two straight defeats and several postponed fights. In his last fight, Schnell soundly lost by first-round choke to Brandon Royval at UFC 274, and before that his fight with Alex Perez failed in January due to the latter’s withdrawal. However, he was replaced by Rogerio Bontorin, who won by unanimous decision, but after Bontorin was found to have a banned drug, the fight was ruled a mistrial.

Schnell and Perez were due to meet at UFC 269 but the American withdrew due to health issues, with Perez once again missing weight in his next attempt. Schnell made his promotional debut in 2017, but no top fights on his record so far, with his latest win over little-known veteran Tyson Nham not to be taken into account.

Su Mudaerji will appear in the Octagon for the first time in the last 1.5 years, but he has a string of three straight wins over Malcolm Gordon and Zarrucha Adashev to his credit. The 26-year-old from China has had just four fights in the promotion, losing to Louis Smolka on his debut. He has a spectacular fighting style, winning most of his fights by knockouts, but lost all 3 times purely by submission.

It’s hard to pick a favorite in Sunday’s fight, it’s unclear what form both fighters are suited to. Schnell has near-top fighting experience on his side, Su Mudaerji is considered more promising due to his age and spectacular style. 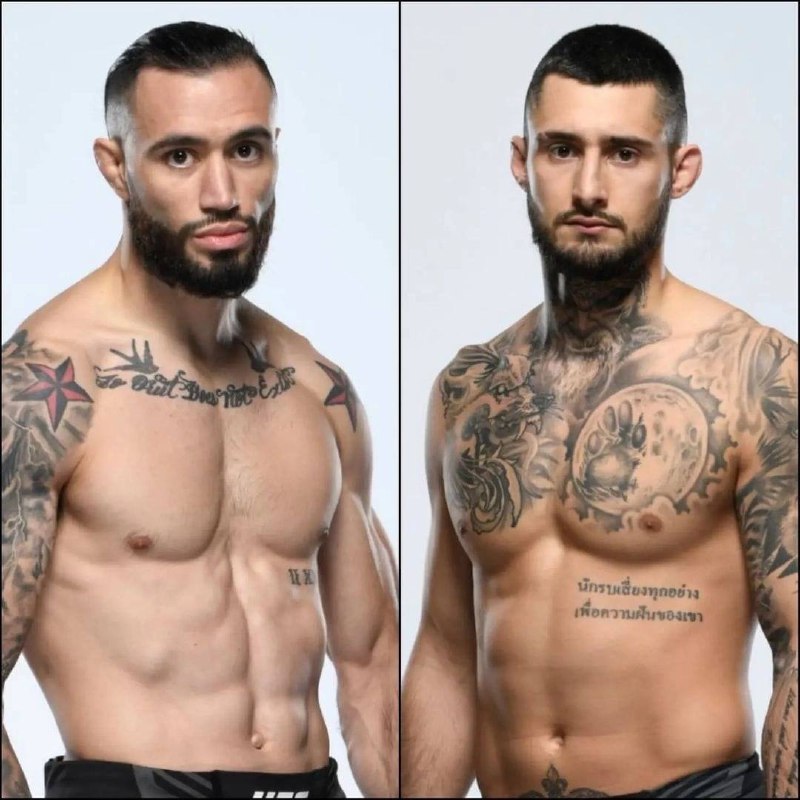 In the featherweight division at UFC Fight Night, the main card will not only feature Ortega fighting Rodriguez, but also a bout between Shane Burgos (14-3) and Charles Jourdain (13-4). Burgos, 31, a New York native, won by unanimous decision over Billy Quarantillo at UFC 268 in November 2021. Shane has a reputation as one of the most entertaining fighters in this powerful and promising division – he’s won four Fight of the Night awards in his promotion career and has chances for another spectacular performance. Burgos has beaten Cub Swanson and Amirkhani, but there were two significant defeats to Barboza and Emmett before beating Cuarantillo. It was not possible to reach a decision with Barboza: a knockout caught Burgos in the second minute, but it was possible with Emmett, but he won by unanimous decision.

The 26-year-old Franco-Canadian Jourdain stepped into the Octagon at the UBS Arena with a streak of two straight wins, though his opponents were Vannata and Ewell outside the top-15 rankings. MMA specialists consider him a rising talent, a fight against Topuria was scheduled for 2021, but did not take place. Jourdain has been in the promotion since 2019 and has every chance of establishing himself in the division and showing his worth in a fight with the number 14 ranking.

The Burgos-Jourdain pairing looks very promising in terms of spectacle, for a warm-up featherweight. 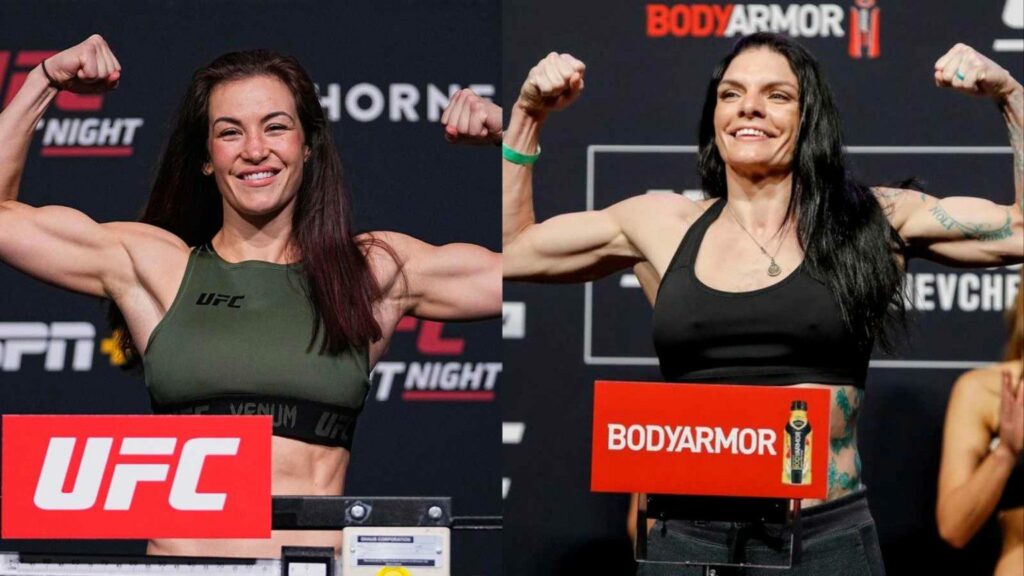 A five-fight winning streak earned the veteran Murphy the opportunity to become champion last fall at UFC 266, but things didn’t go well for the former Invicta FC titleholder in her bout with Valentina Shevchenko. Now the 38-year-old is looking to get back into the win column quickly with a resounding victory over the promotion’s sex symbol of the 2010s.

After a disappointing bout with Ketlen Vieira in 2021 and after her close friend Julianna Pena rose to the top of the division regardless of category, Miesha Tate has decided to move up to the lightest weight class to fight Murphy. The 35-year-old beauty has looked good since returning to the promotion after a five-year layoff in a fight against Marion Renaud a year ago, she has some chances of making a good run at her new weight.

This bout has been postponed twice, but is likely to happen – which speaks volumes about the importance of the fight for both ladies. Undefeated champion Valentina Shevchenko is always in need of an opponent, a win for Tate could pave the way for her to the title, while a Murphy win would cement her status as one of the best in the lightest division. 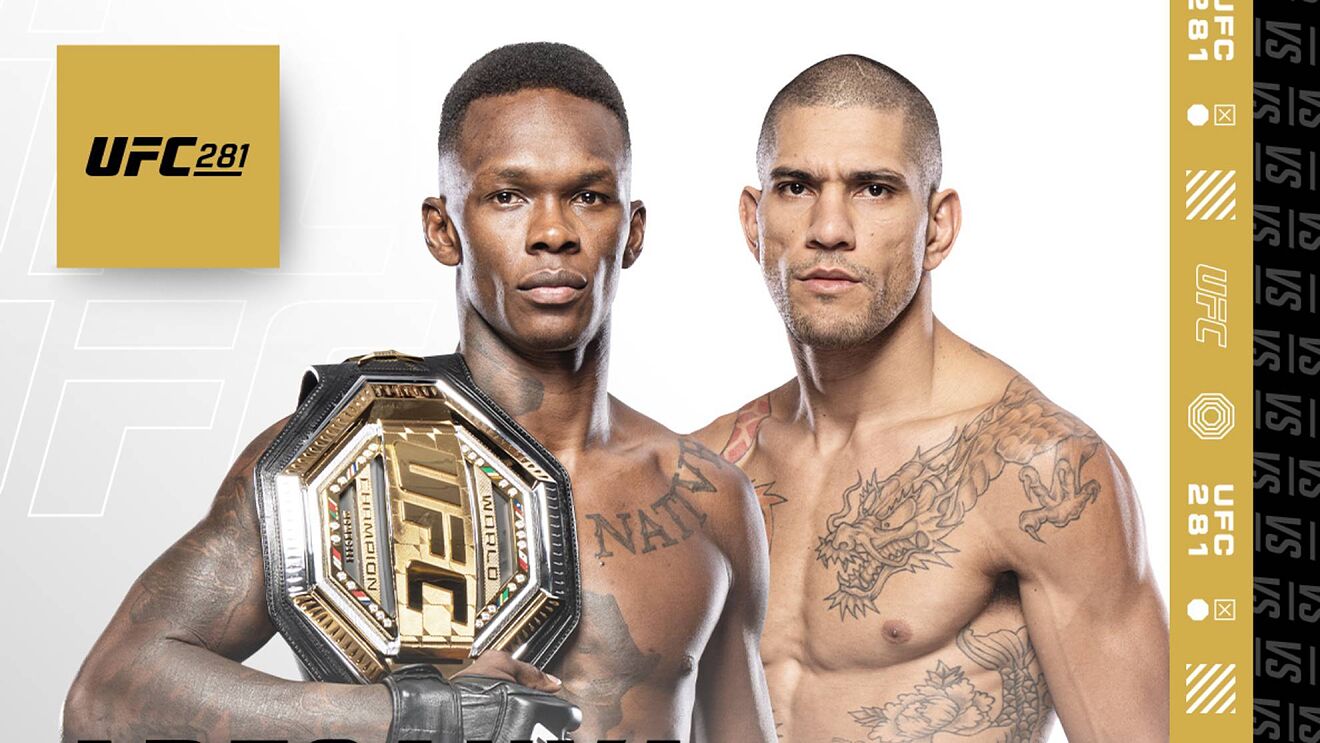 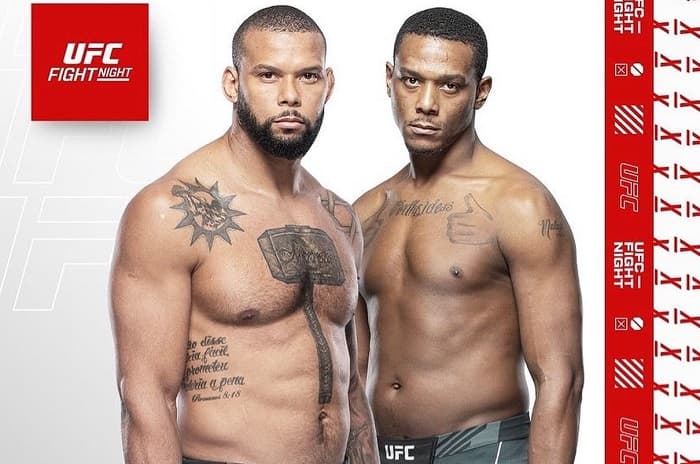