The best promotion in the world returns home! On Sunday morning, MMA fans at the T-Mobile Arena in Las Vegas will watch some epic confrontations. Last week’s UFC Fight Night in Paris warmed up the crowd, the number one tournament will be one of the first on the list of great events in September. The Chimaev vs. Diaz welterweight bout is sure to be the highlight of the evening. In this review, let’s look at all the fights of the main card, from the Ferguson legend’s return to the octagon to the fights of Kucelaba and Pickett 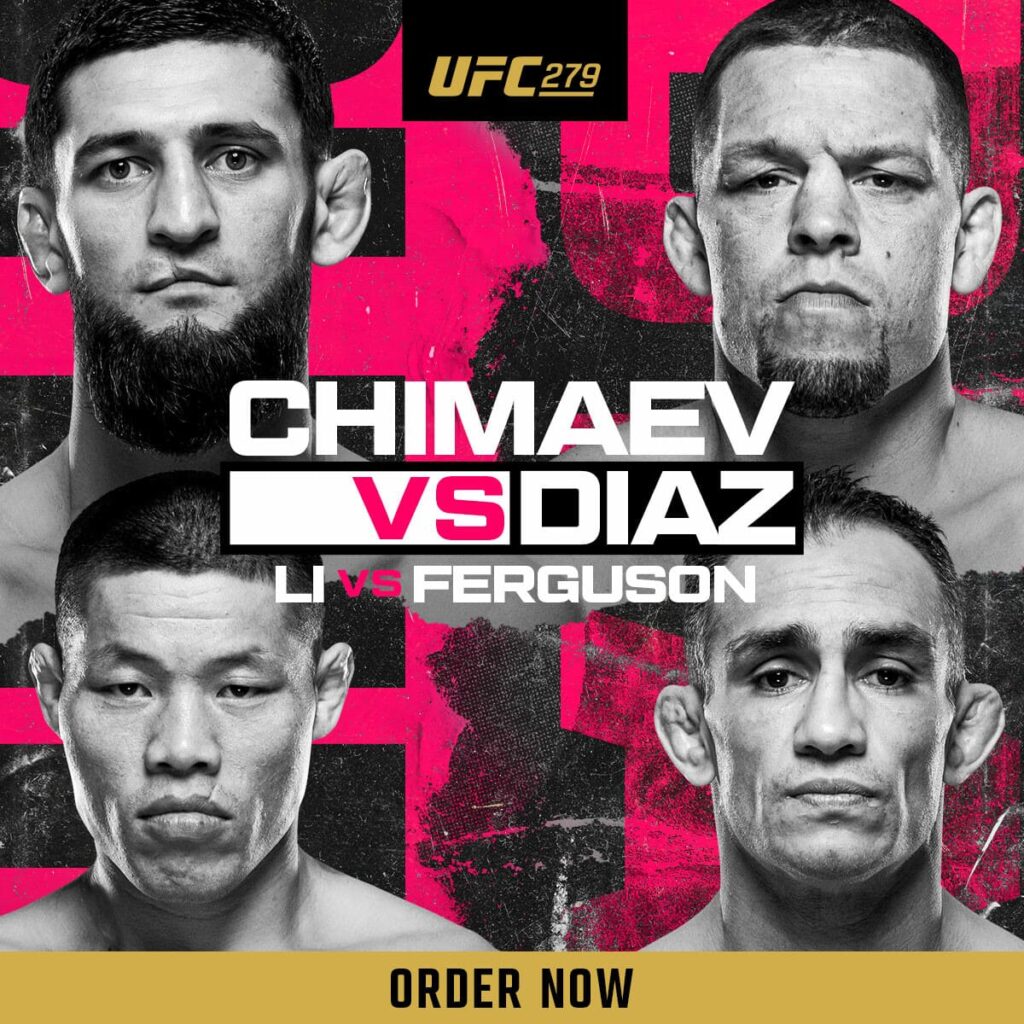 Rising and so far unbeaten welterweight prospect Hamzat Chimaev will face one of the most reckless and unpredictable fighters in the history of the promotion, Nate Diaz. This fight will put on a show just because Diaz is in it. But let’s start with Chimaev.

The Swede with Russian roots hasn’t lost since the start of his professional career, with an 11-0 record. At UFC 273 in April 2022, he confidently picked up a win by unanimous decision over Gilbert Burns. On Sunday, he gets his first chance to headline the number one tournament with a five-round fight. After a solid UFC debut, the bout with Burns proved that Hamzat is far from as immortal as he seems, and the obvious comparisons to Khabib are still far from reality. Chimaev has had too few fights against the top of the division, but it’s clear he has tremendous potential to climb to the top from number three. 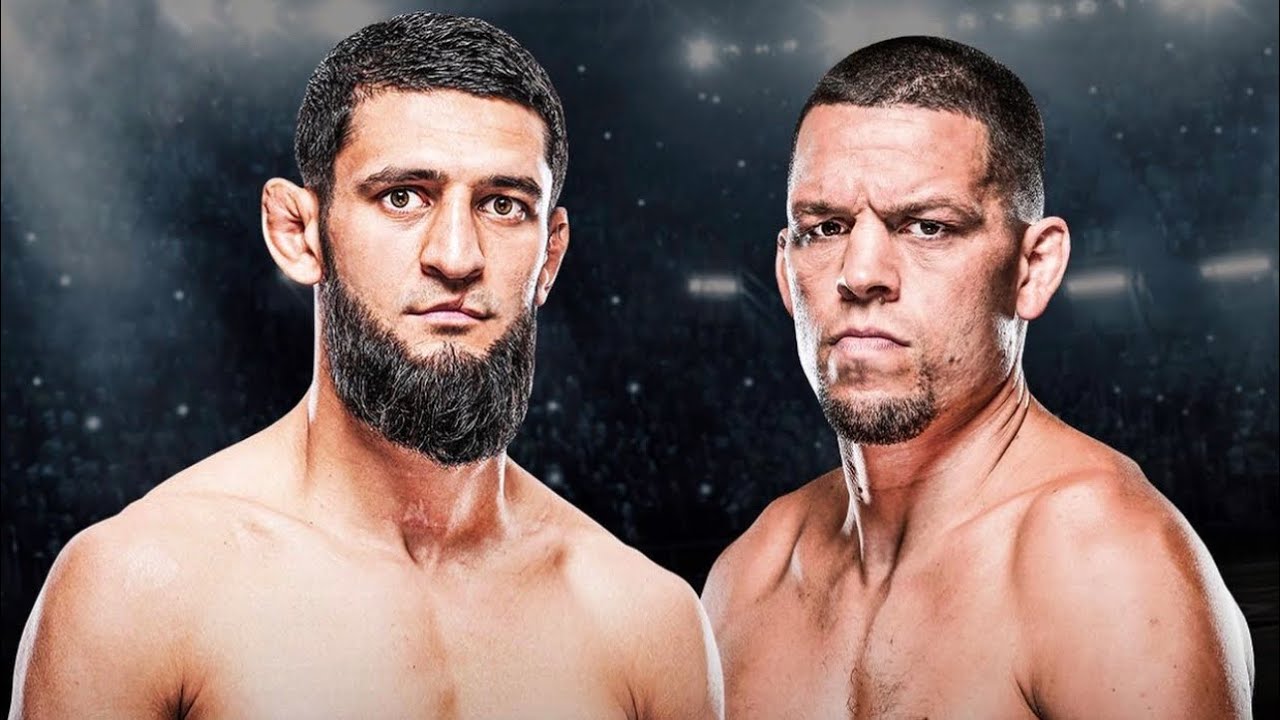 The inimitable 37-year-old Nate Diaz expects to surprise a demanding audience again, as he did in his first fight with Conor McGregor at UFC 196. He has suffered losses in his last two fights, but a last-minute bout with newly crowned UFC 263 welterweight champion Leon Edwards showed that he can put up a serious fight if given time to recover. No one wants to repeat McGregor’s mistakes in a rematch.

However, Diaz had almost 2 years of downtime before Edwards after his loss to Masvidal. Right now, Nate is not in the top 15 of the post-middleweight rankings, but no amount of regalia is going to stop the Stockton guy from putting up another fight.

Will Chimaev continue his unhindered ascent to a welterweight title fight or will Diaz ruin the party? Bookmakers have unconditional faith in the Russian-born fighter, with Nate’s incredible experience and steely will in favor. 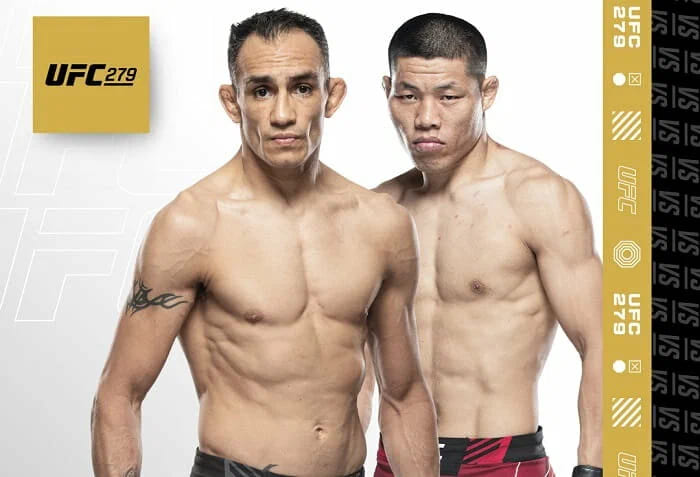 The bout between the legend of the promotion, 38-year-old Tony Ferguson and 34-year-old Chinese fighter Li Jinliang will be the co-main event of UFC 27 in Las Vegas.

Chinese fighter Li Jinliang (19-7) hopes to build on his success after his last win over Muslim Salikhov, he will face longtime welterweight contender Tony Ferguson.

“Leech” has been consistently ranked in the top 15 of the welterweight division for the past 5 years, but he has no claim to the top spot. His loss to Chimaev at UFC 267 effectively put an end to the Chinese’s chances of getting a more status fight. His victory over Salihov in mid-July on Long Island didn’t change anything – Li Jinglin is still a solidly average fighter. He has no wins over the top fighters in his record, his most powerful opponent in the last 5 years is Santiago Ponzinibbio. The Chinese fighter comes into Saturday’s fight with an 11-5 record in the UFC, with his best wins coming in recent fights. His good form gives fans hope.

Tony Ferguson (26-7), 38, has built up a great resume over the years of a brilliant career, but he’s given up a lot in the last 3 years. This is evidenced not only by 4 losses in a row, but also by his constant weight bouncing. Tony returns to the welterweight division for the first time since winning season 13 of The Ultimate Fighter show in 2016.

The longtime title challenger and former interim lightweight champion, “El Cucuy,” after an impressive 12-match winning streak, has lost since 2019 first to Gagee in a title fight, then to Oliveira, Dariyush and Chandler. The latest loss to Chandler turned out to be as frustrating as possible — Tony dominated two rounds, but an unexpected front-kick turned into the first knockout loss of his fighting career. Fans of Ferguson’s talent are hoping he can overpower Li Jinliang and not end a great career.

For the Chinese, a third win in four fights is a chance to move up in the welterweight rankings and get a chance to fight a Top 10 opponent. For Ferguson, it’s a chance to show he still has some powder left after a long and obviously successful career. 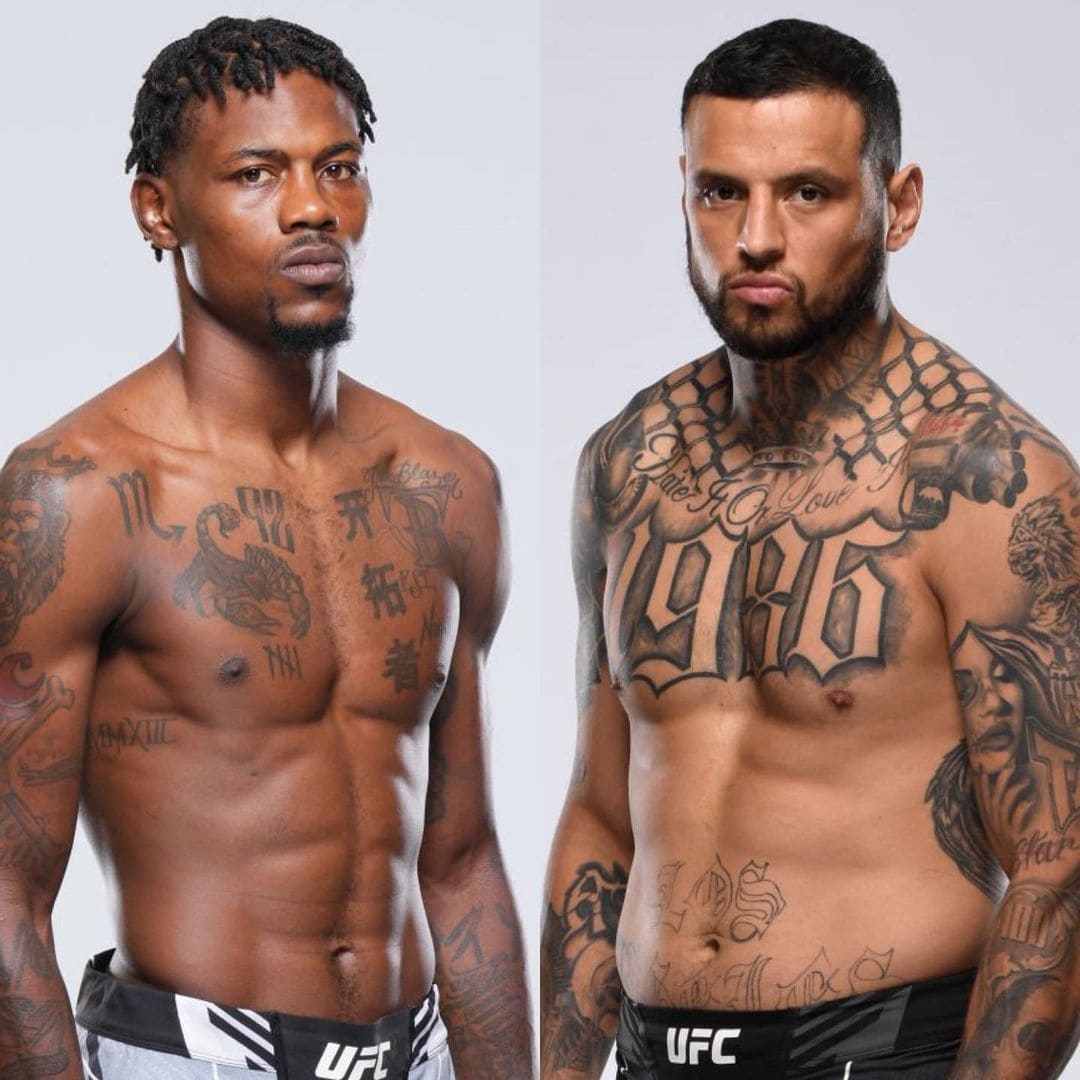 Top-15 contenders Kevin Holland and Daniel Rodriguez will face off in a battle for the right to advance. American Kevin Holland (23-7), 29, is an excellent middleweight contender, leading the promotion in wins for the year 2020. After 5 wins in 7 months, Holland gave up, losing two straight fights to Vettori and Brunsons, and his fight with Kyle Daukaus was ruled a failure. Since his return, “Pathfinder” has scored a pair of knockout victories over veterans Alex Oliveira and Tim Means and has brought back talk of himself as the promotion’s tough fighter.

Daniel Rodriguez (16-2), 35, is not known to as wide a circle of fans, but has a great record in the UFC. In seven fights since being called up to the UFC on short notice, Rodriguez has posted a 6-1 record, and he came into Saturday’s fight with Hollande with a three-fight winning streak. The last time “D-Rod” stepped up to fight Kevin Lee, he lost in the first round and then pulled himself together to win by unanimous decision, further solidifying his position outside of the Top 15.

A win for either of these fighters at UFC 279 could result in them being given a ranked opponent in their next fight. Holland looks more powerful, but Rodriguez’s welterweight experience speaks in Rodriguez’s favor. 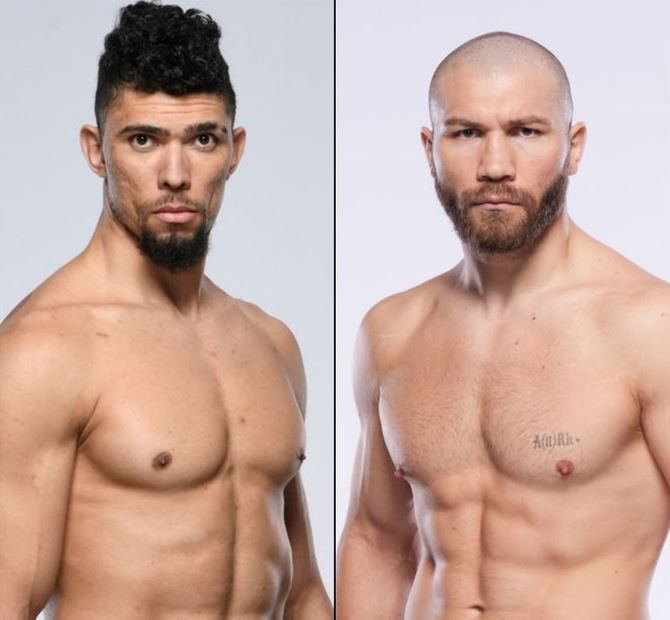 Three years ago, Walker was said to be a rising star in the flyweight division. Since 2018, he’s looked great, beating opponents with confidence, looking creative and diverse. But then something went wrong: In his last five fights, he lost four times and rolled far back. In between tough losses to Krylov, Anderson, Santos and Hill was a win over Ryan Spann. A bantamweight bout at UFC 279 against the powerful Cucelaba will show what the formerly hopeful Brazilian is worth.

The Romanian Cutelaba has had 12 fights of varying degrees of weirdness in his six years in the promotion. That said, his record is 5-6-1 in the octagon and has included fights at weigh-ins, weird losses to Rountree, fights with Cannonier and Teixeira, weird phrases after losses and more. “I was just pretending to be hurt,” and the subsequent rematch loss to Magomed Ankalaev. It is very difficult to assess his strength now, there are no strong opponents in the list of victories in the last 3 years.

Both Walker and Kucelaba are a guaranteed spectacle in and out of the octagon. The question is who will prove stronger and try to bring back reminders of themselves in the UFC. The Romanian still looks the favorite to win the fight. 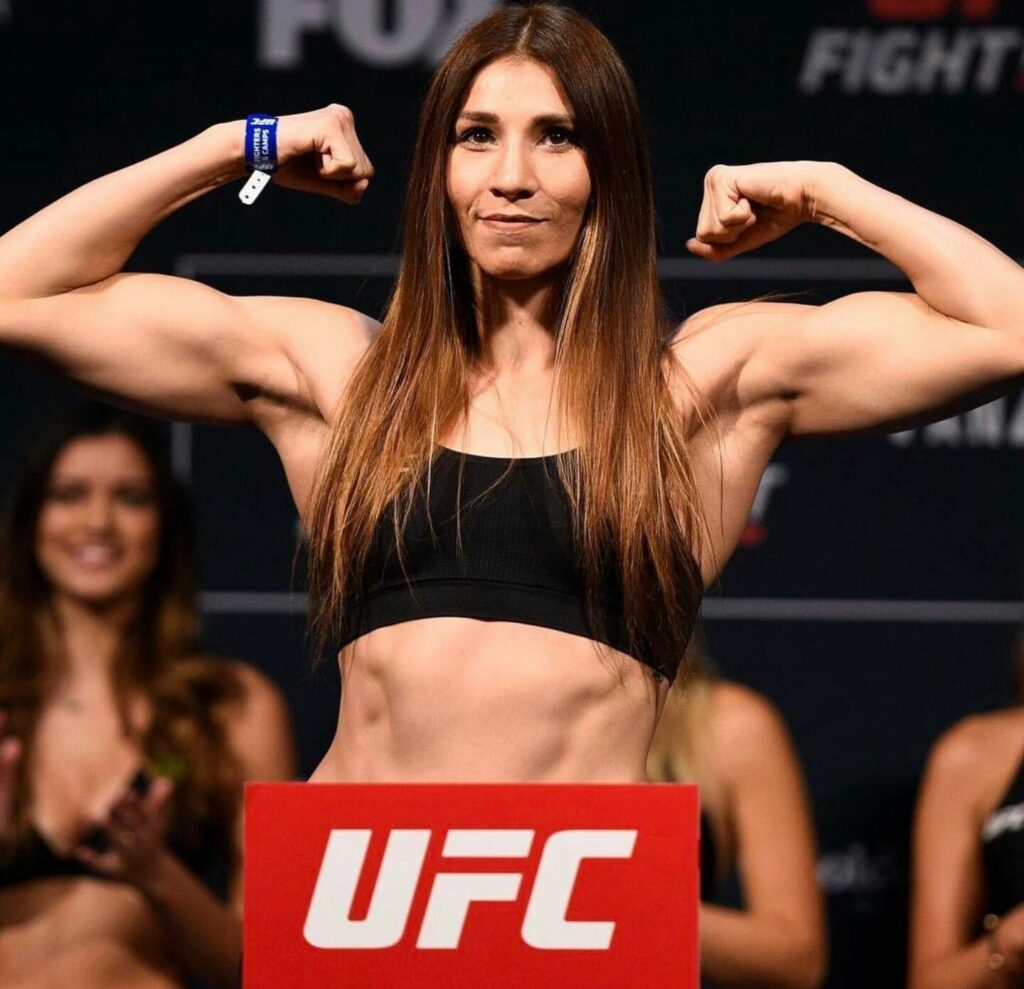 The main card will not be without a women’s bout in the lightest division. Mexican Irene Aldana (13-6), 34, will face former TUF winner Macy Chiasson (12-2), 31, of the United States.

Aldana, 34, is stepping into the ring for the first time since her first-round win over Yana Kunitskaya at UFC 264, where she made no weight. The current No. 4 ranked has three wins in her last four fights, losing only to The Hill. In addition to Kunitskaya, Vieira and Melo were also defeated, with the Brazilian flying away from a first-round knockout. The Mexican is getting closer and closer to a title bid.

Chiasson is ranked No. 10 at light-heavyweight, the winner of UFC The Ultimate Fighter 28 has five wins in seven bouts, losing to more experienced opponents Pennington and Landsberg. After beating Aldana, the American may move up because the lightweight situation is uncertain. No one is sure what’s next for two-time champion Amanda Nunes.

The fight between Aldana and Chiasson at T-Mobile Arena is sure to be spectacular, with both girls looking to climb higher faster. 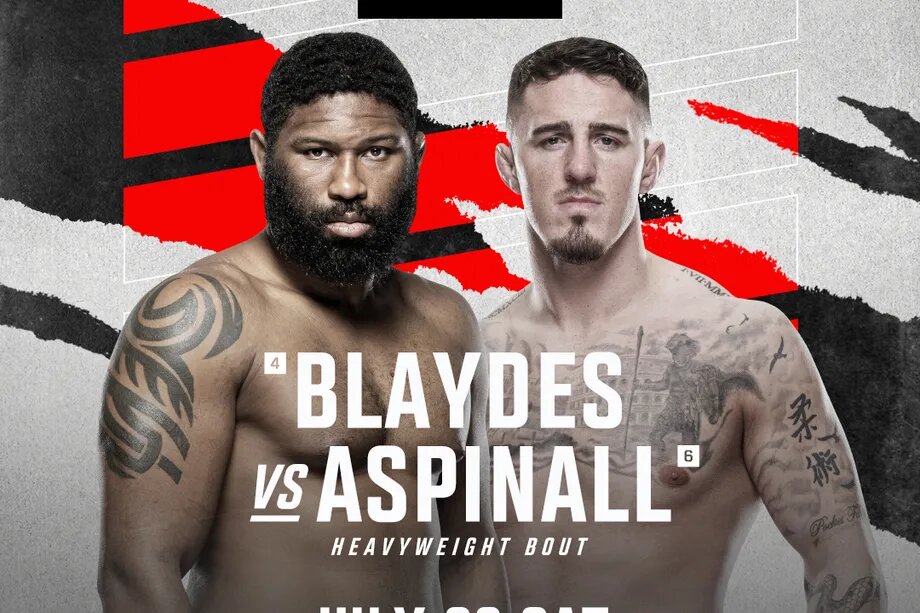 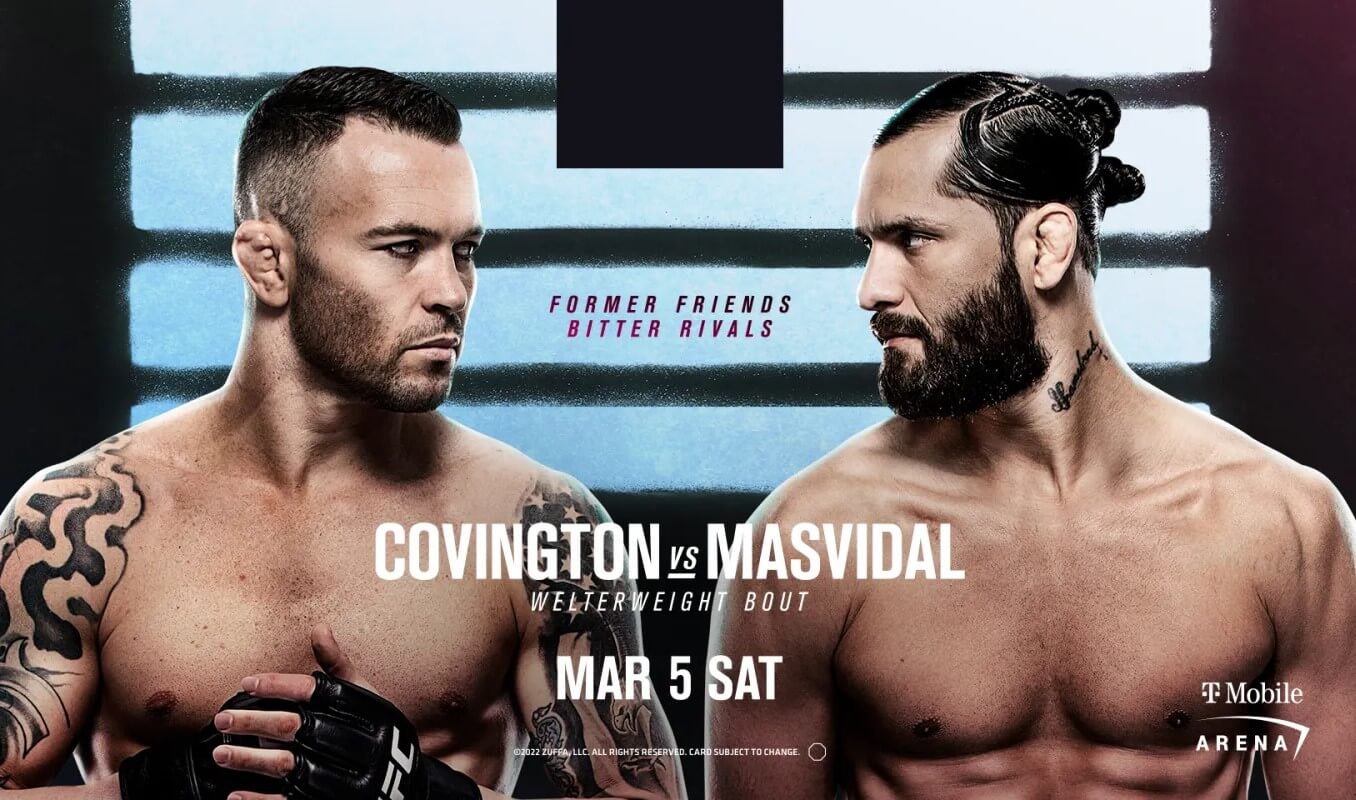