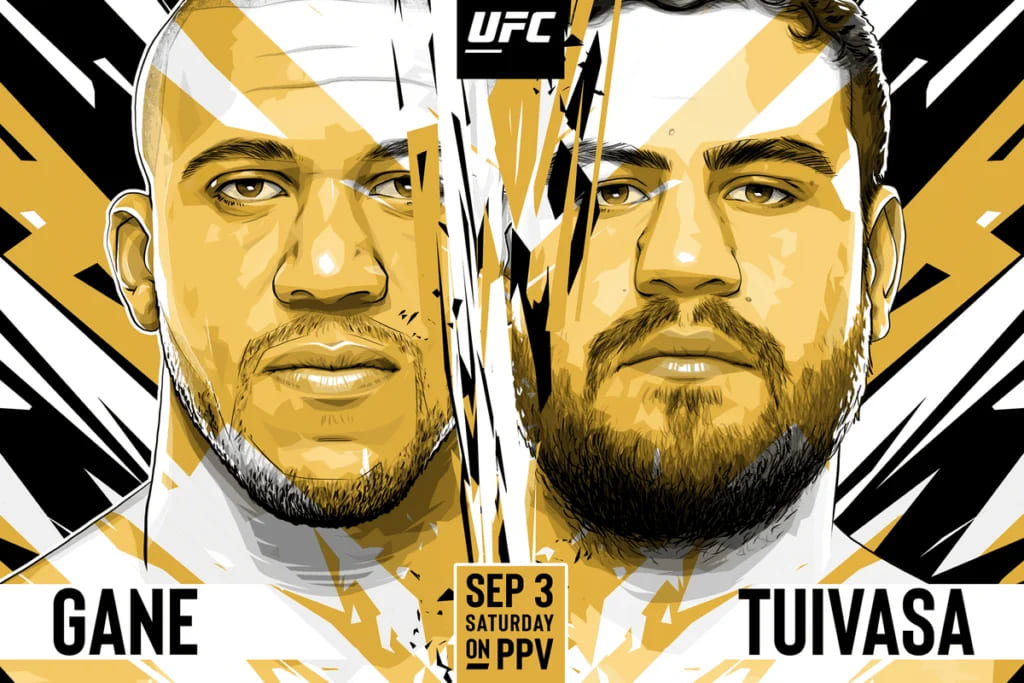 UFC mixed martial arts competitions were hosted by 27 countries and 163 cities. Now it’s the turn of France and its capital city Paris. Many people wonder why this country has never hosted such tournaments, but the explanation is simple enough. Until 2020, mixed martial arts were banned in the country, but by the decision of the French Sports Ministry, MMA was included in the jurisdiction of the Boxing Federation. Over the past two years, the sport has become increasingly popular with the locals.

The next UFC Fight Night in Paris will end with the fight of the first ever local heavyweight champion Cyril Gan against Tai Tuivasa. For the first time, French fighters will have the opportunity to fight in their home octagon at the Accor Arena. For the world of martial arts in France, this is truly a historic event. You can watch live all UFC Fight Night fights for free without registration at 1ufc.net.

The main fight of the evening will pit French heavyweight Cyril Gan (10-1), 32, against 29-year-old Australian Ty Tuivasa (14-3). Gan suffered his first career loss in early 2022, a unanimous decision loss to reigning heavyweight champion Francis Ngann at UFC 270. Prior to that, the “good kid” had won 10 straight victories, defeating Junior Dos Santos, Rosenstrike, Volkoff and veteran Derrick Lewis, winning the interim title with the latter. Which was quickly lost in a fight with Ngannou. With an excellent record the Frenchman is the clear favorite for the fight, few experts doubt the fighter’s success in the home octagon.

Since returning from a year-long vacation in October 2020, Tuivasa has become a major heavyweight newsmaker with 5 consecutive knockout victories. His heavy hands have hurt Struve, Hunsaker, Hardy, Sakai and that same Derrick Lewis. Now the powerful Aussie is about to get the most important title fight of his career. A win at UFC 271 over Lewis earned Tuivasa his third consecutive best fight of the night award. But the odious Aussie hasn’t beaten any really strong opponents in peak form yet, the fight with Gan will be a real test.

The situation at the top of the heavyweight rankings is unstable, so it’s hard to say if the winner of this fight will get the title shot anytime soon. Stipe Miocic hasn’t had the last word, but the fight between the number one and number three ranked will draw increased attention from UFC fans. 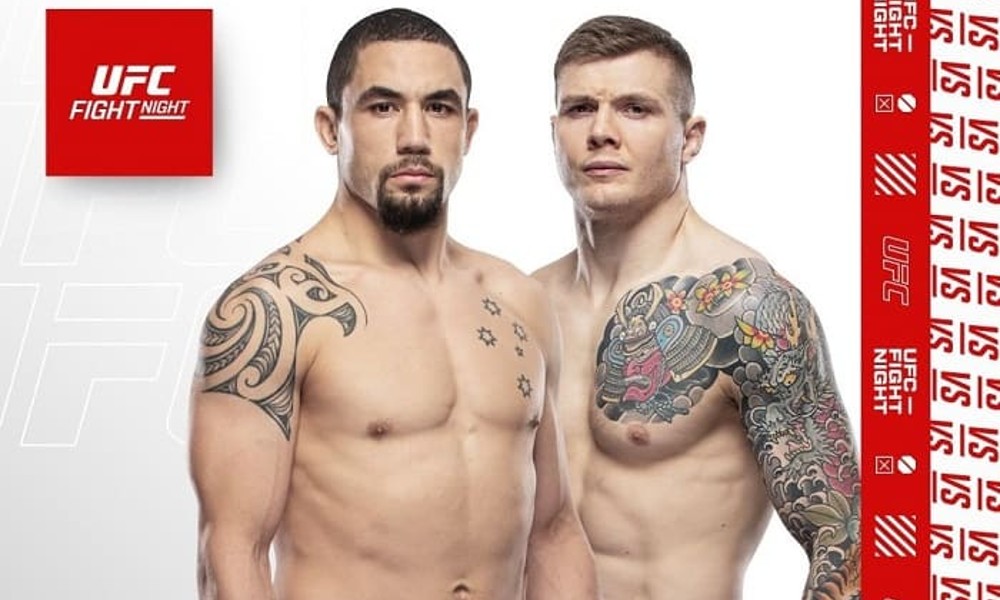 Robert Whittaker, 31, of Australia (23-6) and Marvin Vettori, 28, of Italy (18-5) lost twice to Israel Adesanya in title bouts at different times. They will meet Saturday night to determine who will try again to stop the great Nigerian for the middleweight title.

Robert Whittaker has performed flawlessly in the middleweight division over the last 8 years, with the exception of two bouts with The Last Stylebender, winning 11 straight fights against everyone else. Although the Australian began his journey to the top of the division with a loss to Thompson, Whittaker defeated Hall, Brunson, Till, Cannonier, Gastelum and twice Romero in between fights with Adesanya, becoming the middleweight champion at UFC 213 in 2017. In general, Whittaker has headlined the promotion’s big tournaments more than five times, which makes him a household name.

In his second fight against Adesanya in February, Whittaker made a point to prove that he’s not that far behind the champion. The bout with the brash Italian should show if the stalwart division leader is worthy of another title fight.

Vettori has had a similar situation in the division over the last five years. Except for two losses by decision to the champion, the Italian has seven wins in nine fights. But unlike Whittaker, Vettori’s rivals were lesser known fighters. You can remember the victory over Hermanson and the last win against Paulo Costa in the main event of UFC Fight Night. Obviously, the Italian has managed to recover from his loss to Adesagna at UFC 263 and will be able to put up a fight against the Australian.

Will Whittaker hold on to his second middleweight title, or will Vettori add a second straight win to his resume and squeeze the longtime division leader? We’ll find out in the octagon. The experts are giving a slight advantage to Whittaker, which is quite obvious given the status of the opponents. 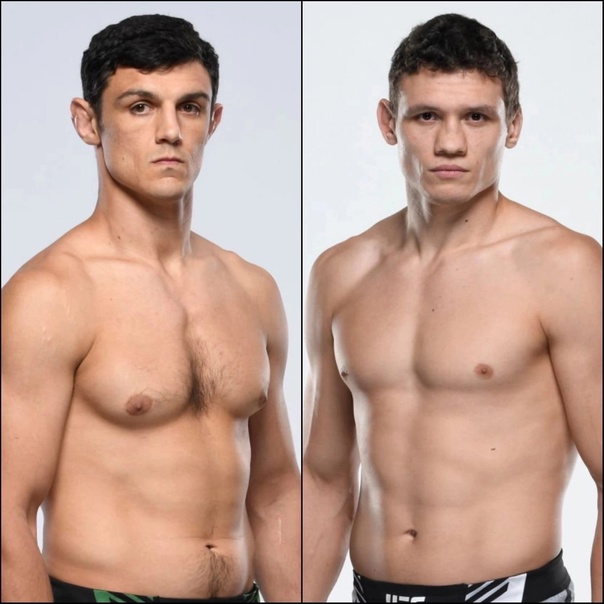 Middleweights Alessio Di Chirico, 32, of Italy (13-6) and Roman Kopylov, 30, of Russia (8-2) will meet in Paris to determine the course of their careers. Both fighters have only one win apiece in the promotion.

Di Chirico has one win in his last five fights. The Italian started 2021 by knocking out Joaquin Buckley with a high kick in the first round, but then eight months later in his fight against Abdul Razak Alhassan he was already on the canvas after a kick to the head. Di Chirico’s record is lacking in status fights and his prospects in the promotion are murky.

Kopylov actually replaced Di Chirico in his last fight, going up against Albert Duraev at UFC 267 and losing by unanimous decision. The Russian was called up to the promotion after eight straight wins, but in the UFC he has two losses and zero wins. On Saturday, Kopylov will get perhaps his last chance to establish himself as a middleweight and show all the skills. 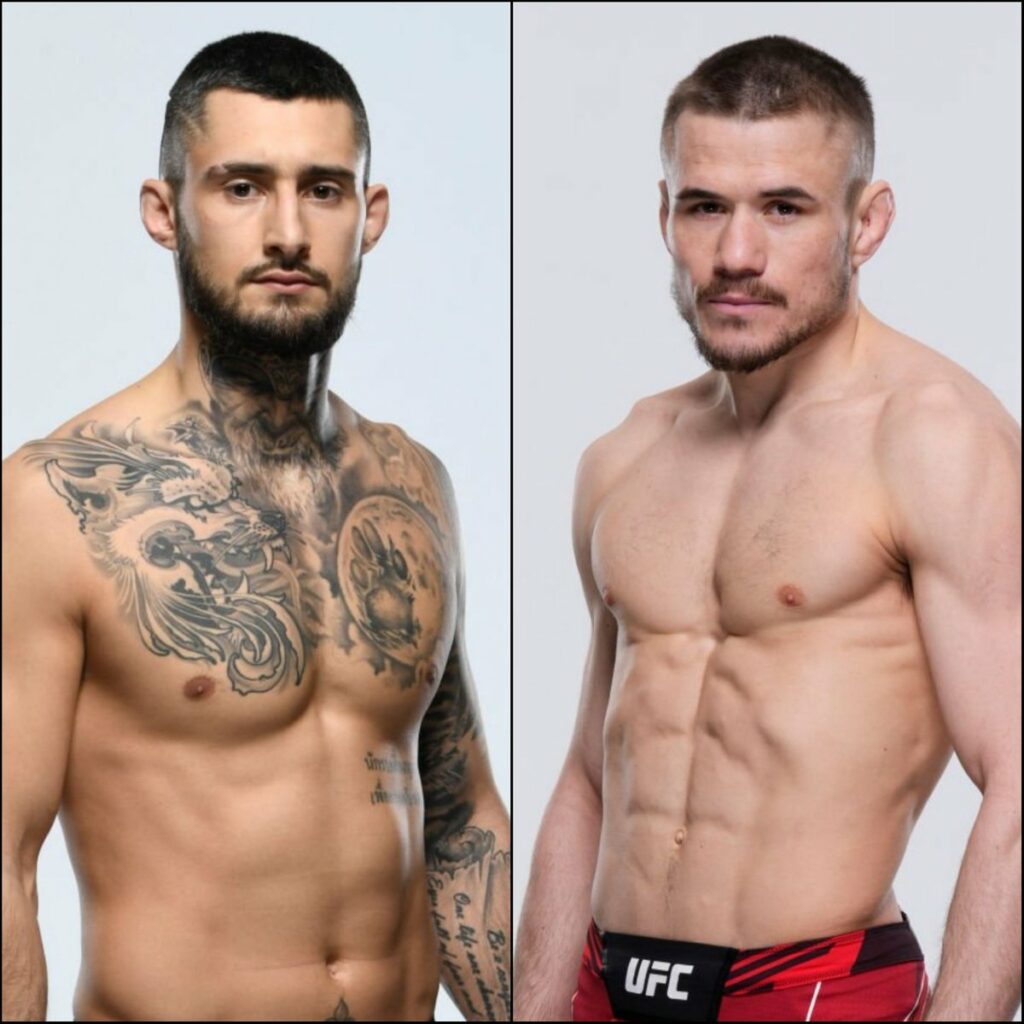 French-Canadian welterweight Charles Jourdain (13-5) will get his first chance to fight on his home turf against Britain’s Nathaniel Wood (18-5). Jourdain has three wins in his last four fights, smothering Vanatta and knocking out Ewell, but his last fight was a split decision to Shane Burgos at UFC Long Island. The 26-year-old fighter loves to fight, and could very well replace someone from the bottom of the top-15 bantamweight division.

After a two-year hiatus and fighting at welterweight, Wood returned to his new welterweight division in July 2022 with a unanimous decision victory over Charles Rose. He was a great fit for the new division from a physical standpoint, and the transition was very easy on him outwardly. He had losses to Dodson and Kenny at his old weight, maybe the move to the new division will help the Brit to make a breakthrough.

Many believe that these two should have a real showdown on Saturday. 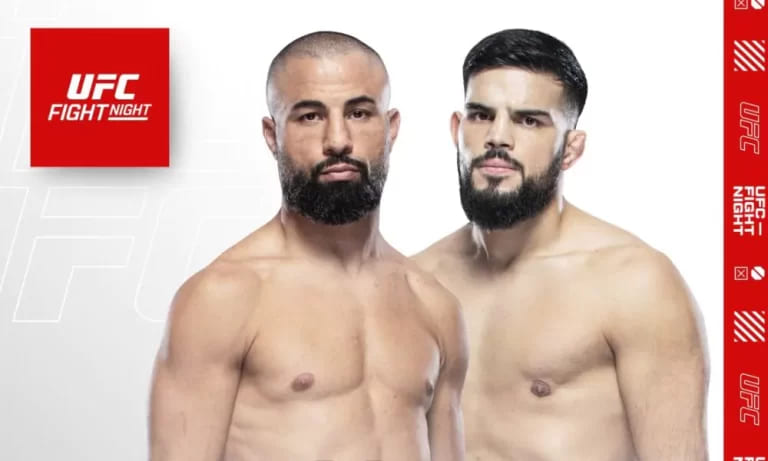 John Makdessi and Nasrat Hakparast were scheduled to meet in March 2019, but the latter canceled the fight, citing an injury. But on Saturday, the fight between the 37-year-old Canadian Makdessi and the 27-year-old German Hakparast will still take place.

Canadian veteran Makdessi arrived in Paris after winning by split decision over Ignacio Bahamondes in April 2021. “Bull” has won four of his last five fights since 2017, losing only to Trinaldo by unanimous decision at UFC Fight Night 170. In his 15-year professional career, Makdessi has proven he can be dangerous even now.

A few years ago, Huckparast was called the future of lightweight in the promotion, but he rather failed to live up to expectations. The 27-year-old German suffered two straight losses to Hooker and Greene, bringing his record to 5-4. Fighting the experienced Makdessi, we will see if Hakparast is able to return to the top of light heavyweight division or if he will continue to deteriorate. The Canadian has nothing to lose! 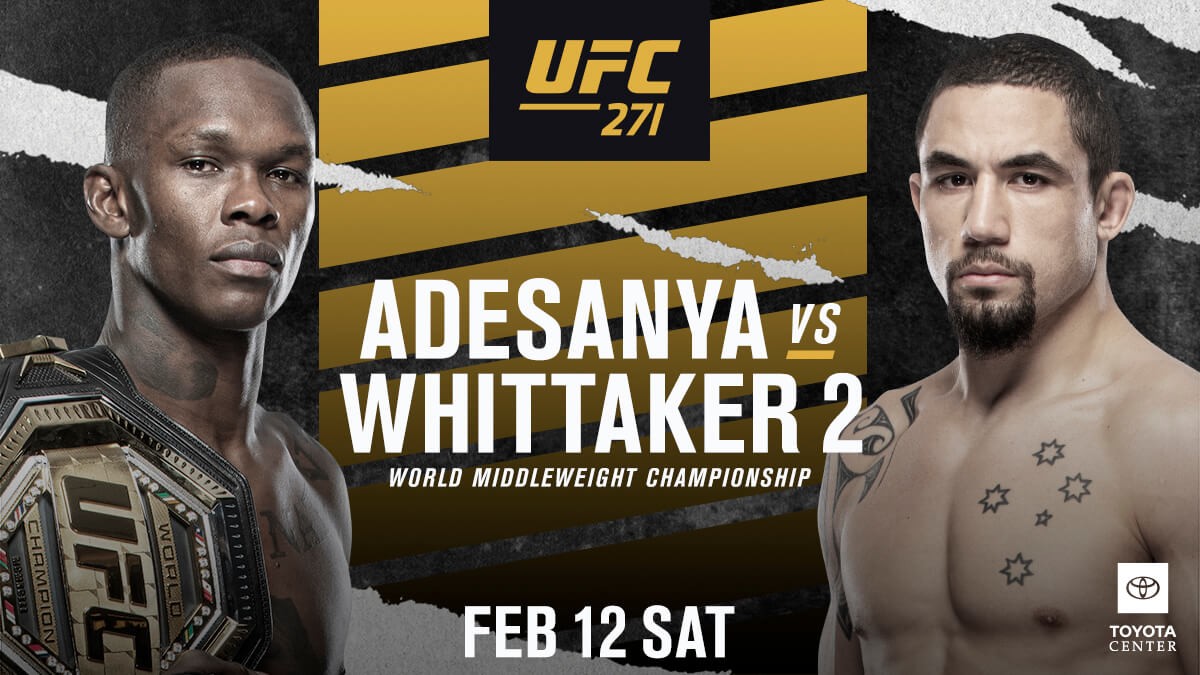 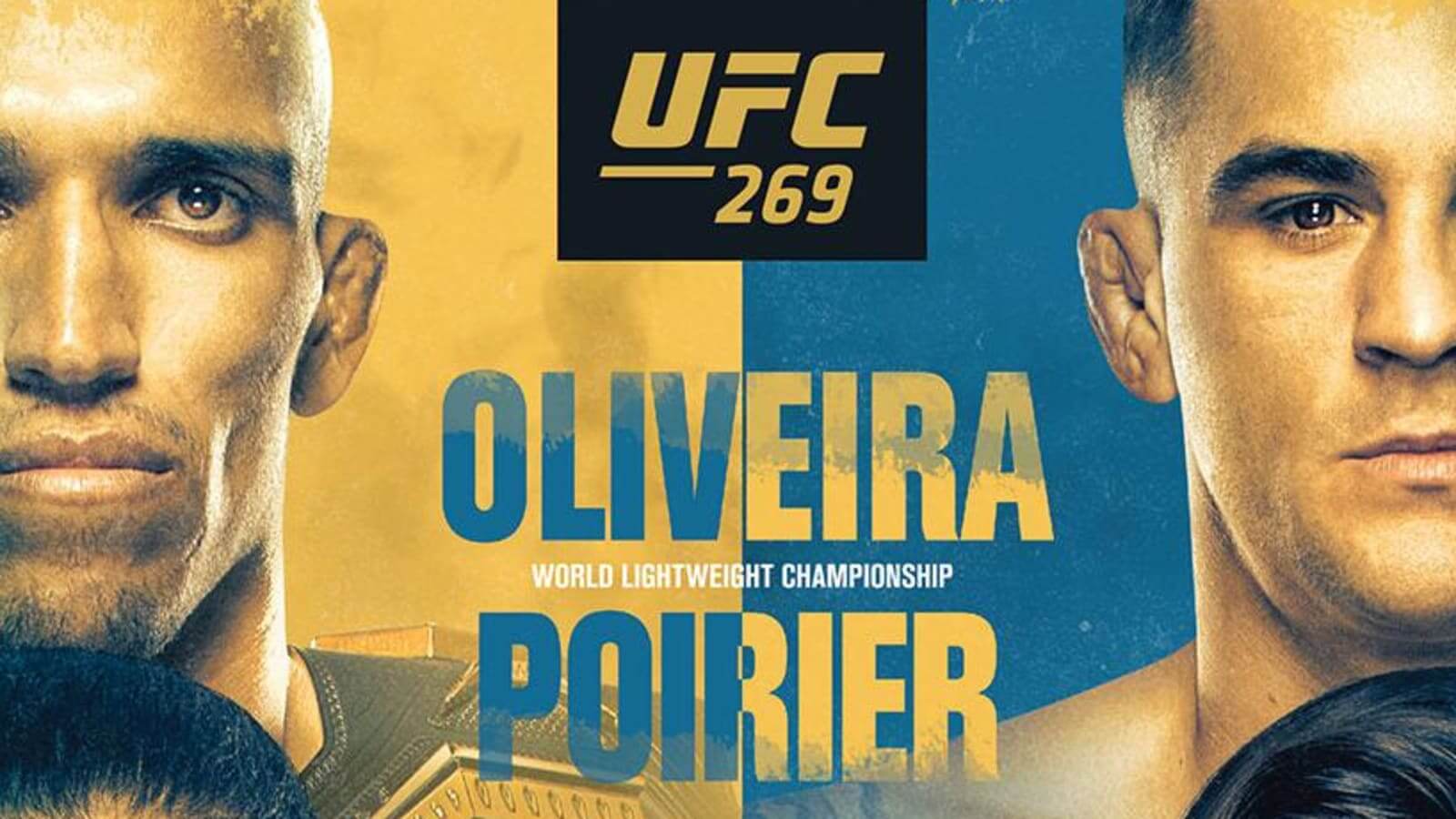